Did you know that every 1,000 people driving cars that use gasoline is like SMOKING A CIGARETTE to the earth and can cause diseases even worse for humans and animals? Well the sad news is that is absolutely true Yes earth is dying but we can help keep it alive longer by driving ECO friendly electric cars.

The toxic fumes from cars that use gasoline can cause horrible disease like lung cancer, breathing disorders, birth defects (rarely but stuff like underdeveloped lungs), and death If in direct contact for 10 minutes or more, drowsiness, passing out and more. But it doesn’t just affect us it’s also bad for the environment and all animals.

If humans keep driving cars that use gasoline for 4.2 billion more years the polar ice caps may completely melt which might be enough water to literally result in flooding the whole entire earth! If there’s enough heat left over the 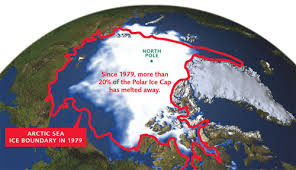 earth might end up as hot and desolate as Mars! But if more people use electric cars we could make it longer before we melt the polar ice caps. Yes it makes that much of a difference to drive electric.

Electric cars cost less in many different ways like. You don’t pay for the electricity to run them. They cost less to buy themselves  It cost less to make them so you’re wasting less resources There more reusable so it takes less money to make the next one or other product. Those are some money saving reasons for everybody even the manufacture!

As you can see driving electric cars can be one step to stop global warming! Not to mention help stop serious disease and save lots of resources which saves money.