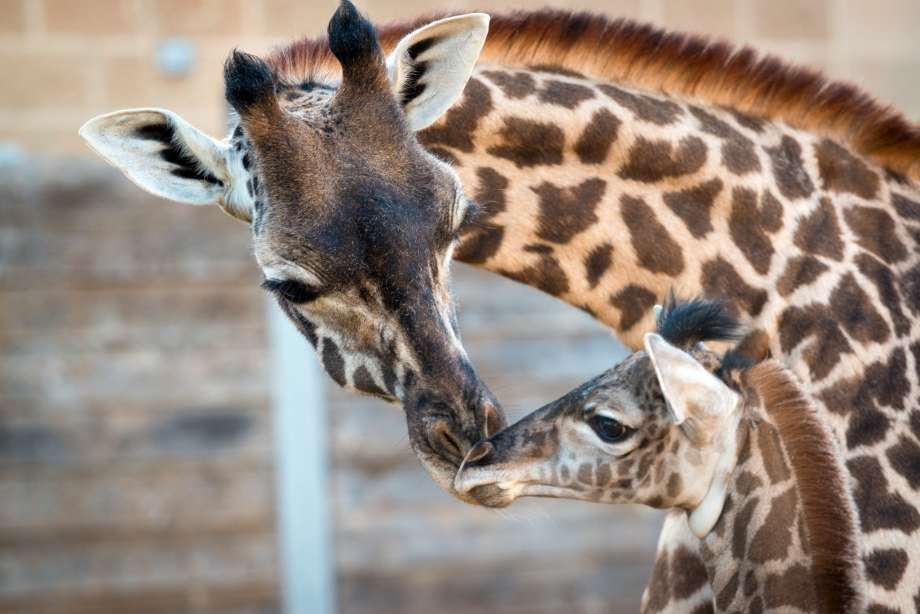 April, the giraffe, and her new baby.

With over one million eyes watching, April’s baby boy was born on April 15, 2017,  He was 5 feet 6 inches tall and weighed 129 pounds.  April gave birth while standing up which is normal and when the calf falls to the ground the umbilical cord severs.  About 45 minutes after the calf was born he stood up on wobbly legs with his mom’s help.  The zoo is currently having a contest to name the calf.

As I said earlier the world became obsessed with April the Giraffe.  As a matter of fact a group of second and third-grade students wrote a book to document the internet sensation April had become.  The book is being sold here on Amazon.  Being able to watch April have her calf was amazing and really cool to see. You also watch the giraffes live here.

Posted May 8, 2017 by Liv in category Animals, Health, Student Posts

1 thoughts on “April the Giraffe”