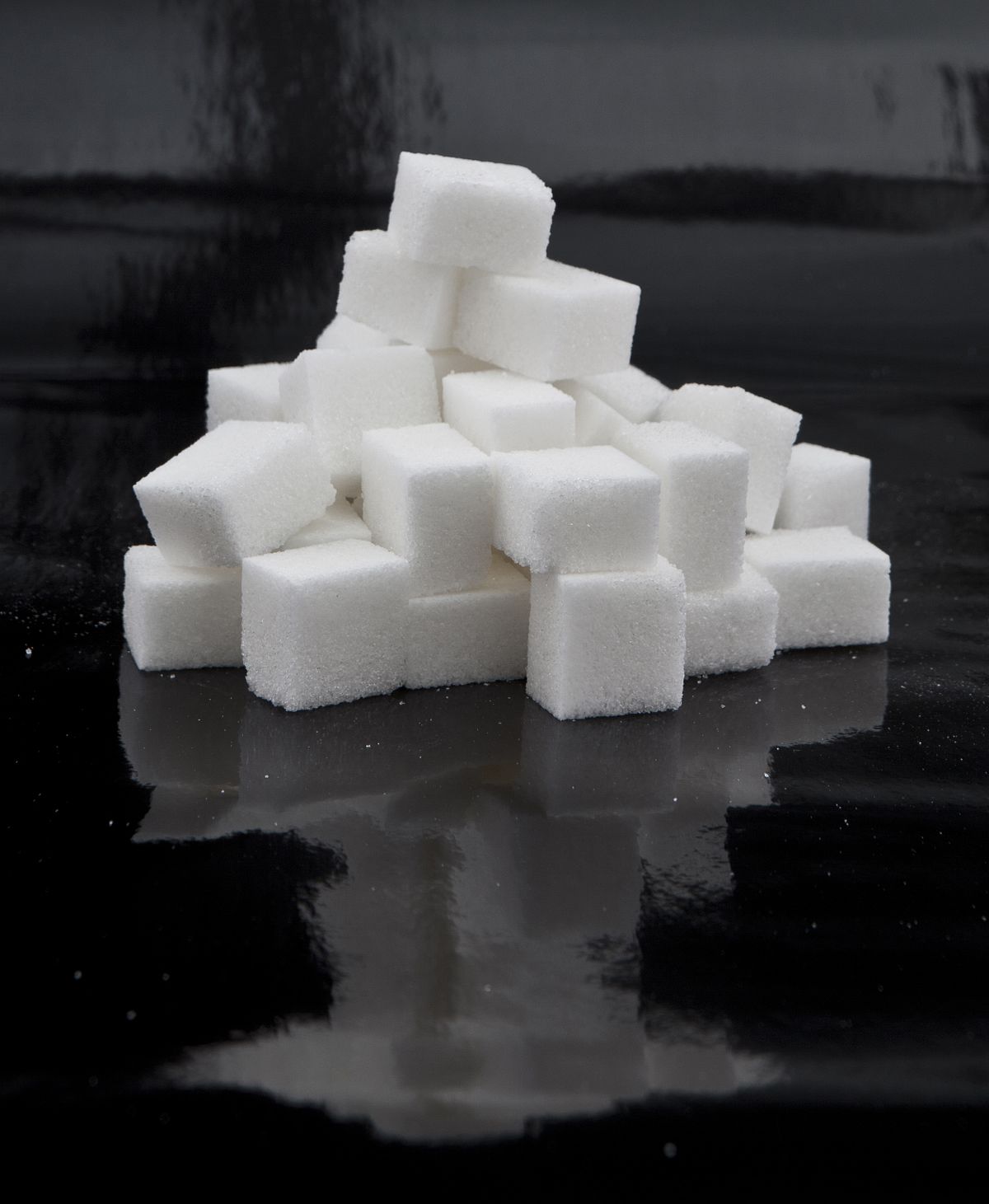 Who here has ever been offered some candy or a piece of cake, you know you shouldn’t eat it  but you can’t help yourself. You gobble it down and it tastes amazing! It might taste amazing right now but 20-30 years from now you will really regret eating it. Sugar is in everything we eat, even stuff that seem healthy. Sugar has many bad effects on our body, but we can’t stop eating it! We eat at least three times as much sugar as we’re supposed to daily which is leading to obesity in kids and adults. In the U.S many kids are obese and more people are becoming obese because of sugar and high fructose corn syrup. People are having way too much sugar, we need to cut back on sugar and eat more healthy starting now!

Although sugar tastes amazing, it’s not good for you. Sugar has many negative effects on your body. It damages your brain, your joints, your liver, your heart, it even makes your skin older and more wrinkly. Sugar causes Heart Disease, Heart Attacks, Strokes, Diabetes, Metabolic Syndrome, obesity, and a higher risk of Cancer. When you eat a lot of sugar it will make you more sad when you are an adult, it will also be eaten by bacteria on your teeth causing your teeth to rot. Your probably thinking just stop eating sugar but that’s hard because when you eat sugar your brain feels good and releases a chemical called Dopamine, but when your eating fruits or veggies your brain doesn’t feel as good and releases little Dopamine. This is one reason why people are addicted to sugar.

Sugar is hiding in everything we eat! Some things that seem perfectly healthy have more sugar than you think for example, a peanut butter and jam sandwich has 18 grams of sugar in it. The American Heart Association says that every day your only supposed to eat 25 grams or in other words 6 teaspoons of sugar. More than 70% of the U.S eats at least 22 teaspoons of sugar, sometimes even more everyday! Right now 13% of our diet is added sugar, that is so crazy! Natural sugar from fruit and stuff also has an effect on your body but it isn’t as bad as having sugar spoonful from spoonful. One day I recorded how much sugar I had for breakfast. I had 72 grams, that what just from 3 pumpkin muffins! 72 fits in 25 almost three times I had way too much sugar.

Lately, people have started to battle against obesity. One reason people are becoming obese is because of chocolate milk. The chocolate milk they are having has 28 grams of sugar in it. That is 3 more grams than they are supposed to have and if you add the grams of sugar they have already had then you get something like 80 grams a day! One reason why the chocolate milk has so much sugar in it is because it contains high fructose corn syrup.The syrup is basically plain sugar so people have tried to come up with new chocolate milk but in many cases kids don’t like it. People think the important part about the milk is that it contains calcium but it also contains a lot of sugar. “If somebody proposed giving kids caramel apples so they would eat more apples, my guess is that most people would look at them like they’re crazy,” says Brent Walmsley. He’s the one who started an organization called SugarWatch.

Sugar is a big reason why kids are becoming obese. The obesity rates have gone up like crazy! From 1980-2008 it went from 6 out of 100 people to 20 out of 100. Right now 1 out of 3 kids are obese and the rates are still rising. Obese kids are more likely to have health problems and as an adult have more severe problems and get worse. No one wants to be obese, so if you exercise, eat healthy, and not watch too much TV then you should be fine.

You might be wondering how to prevent eating sugar, here are some ways. You can check the nutrition label and on the back, look for the word sugars and once you find it there should be a number next to it telling how many grams of sugar it is. Some of it is probably natural sugars so check if anywhere else it says added sugars. You can also check the ingredients section and if you see words like beet, honey, and high fructose corn syrup and many other names then you know there is sugar in it

To sum up , some people rely on sugar to feel better but really it’s hurting them. We have 16 more teaspoons of sugar then we’re supposed to and sometimes more. Stuff like honey nut cheerios have 9 grams of sugar! That is more than ⅓ of how much we’re supposed to have! Kids are becoming obese across the U.S because of one reason, SUGAR! We really really need to stop eating too much sugar. I tried to eat less sugar and I ate around 60 grams, that is better but not enough. Some people think sugar is delicious but would you want to be unhealthy and overweight but eat treats or be healthy and strong but not eat as many treats. Today I challenge you to try and eat around 30 grams of sugar, I know I’m going to try!

Posted May 7, 2018 by Lizzy in category Health, Student Posts

1 thoughts on “Too Much Sugar!”