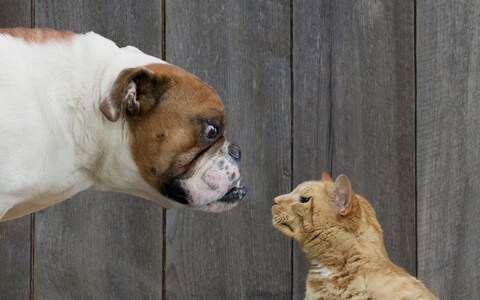 There’s no question that Americans love both dogs and cats. About 48 percent of people own dogs and 38 percent own cats. That’s according to the American Pet Products Association. But one thing many people can’t agree on is which animal makes a better pet.

Cat lovers say their pets are easier to care for than dogs. They point out that cats don’t bark or jump on visitors. Also, it’s cheaper to own a cat.  Dogs often need training classes and eat more than cats do.

Still, dog owners say the money they spend is worth it. They argue that dogs are more social than cats. Plus, scientists who studied the brains of both animals determined that dogs are smarter than cats. Dog lovers also point out that canines help people in ways that felines can’t. For example, dogs can be trained as service pets for people who are disabled or have food allergies. What you think?