Could you imagine life without cell phones, tablets, or calculators? These are all computers. They are important part of our daily lives. Here is some information about computer history. 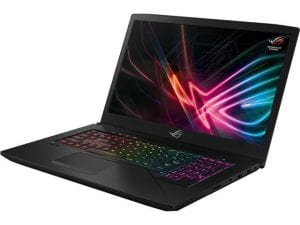 So what are computers? They are defined as devices for saving and processing data. They were created initially to calculate math problems.  Charles Babbage was the first one to invent the computer. It was a mechanical computer but he never managed to completely build it. The first digital, electromechanical programmable computer called Z3 was built by Konrad Zuse in Germany in 1941.  Another fact is that the first computer mouse was made out of wood

First modern, electronic computer was called  ENIAC (Electronic Numerical Integrator and Computer) and was built in 1946-1947. It took as much as 1800 square feet of space. Early computers often stopped working. Sometimes it was caused by bugs. Not the software errors but actual insects that got trapped in these machines.

Nowadays, people have much smaller and faster computers  And now they are not just used for calculating math problems  They are to look things up, to upload pictures, to print and to help us in our daily lives.They are also getting more powerful. But about 6,000 computer  viruses are released each month. That is one of the down sides of computers. But according to Moore’s law, computers get twice as fast every 18 months.

One thing is sure, it looks we will always use computers in our daily lives. I typed this homework on a computer, but who knows, maybe in few years, a computer would be able to write it all by itself.

Posted May 21, 2019 by Jakub in category Science & Tech, Student Posts

1 thoughts on “History of Computers!”