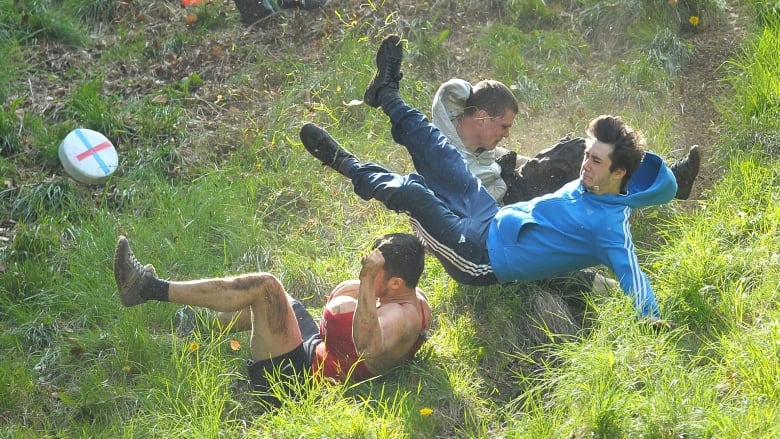 Extreme sports include the sport of cheese rolling.

Which sports do you play: Soccer, Baseball, Volleyball … or perhaps Cheese Rolling? You probably didn’t recognize that last one. Believe it or not, Cheese Rolling is an actual sport, where a round of cheese is sent down a very steep hill and people chase after it. The first person over the finish line at the bottom of the hill wins the cheese!

Want to discover which other unusual sports exist around the world? Keep on reading!

Chess Boxing – No pain, no gain

You know Boxing, and you know the game of Chess. What if I told you that those two can be combined into one? This is the sport of Chess Boxing!

It all started with a French comic book about boxers who would play chess after a round of boxing. A Dutchman, Iepe Rubingh, thought it would be a good idea to make this into an actual sport. The only thing he would change is that you would first play chess and then box.

The rules? First you play 4 minutes of chess, and then box for 2 minutes. You win by knocking your opponent out, winning at chess, or when your opponent runs out of time in the chess game. The first world championship was held in the capital of The Netherlands, Amsterdam, in 2003, where it was won by the founder of the sport. The sport of Chess Boxing is popular in Germany, the United Kingdom, India, and Russia. Sounds like a fun sport to me, but I wouldn’t want to get knocked out!

Crocodile Bungee Jumping – A mix of fun and fear

This next sport is just too crazy for words. You’re standing on a bridge with a bungee cord attached to you and you jump. Now imagine that in the water below you there are crocodiles. This next unusual sport is called Crocodile Bungee Jumping and it is especially popular in Australia. It may sound exciting, but it is also extremely dangerous. If your cord snaps, you may just die because of the hungry crocodiles. And there have been many accidents, so this sport is definitely not for the weak!

Extreme Ironing – Having a good climb and get some housework done 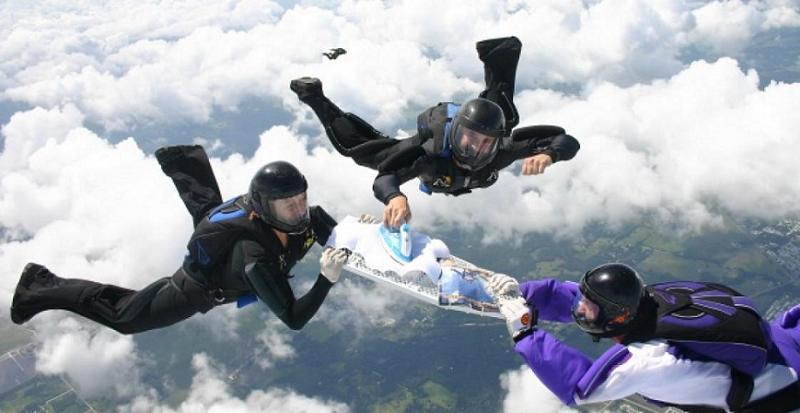 You may do this activity at home, but this the extreme version of it. This is Extreme Ironing! Extreme Ironing is where you travel to mountains, bodies of water, statues, canyons, or other exciting locations. It started when Phil Shaw came home from work in Leicester, England, he had to iron his shirts but also wanted to go evening rock climbing. Phil decided to combine both activities and make it a new extreme sport: one where your climb to the top of a mountain or dive under water and start ironing clothes. He traveled around the world to make the sport more popular. Today people practice this unusual sport all over the world in places like Mount Rushmore, the bottom of the ocean, the Grand Canyon. Amazingly enough it has not yet become very popular in North America. This sport is not for people with a fear of heights, depths, or enclosed spaces, but definitely for people who like ironing with a twist!

In conclusion, many of the crazy sports that you can think of are probably already being played in some part of the world. Some of the videos I saw showing unusual sports looked fun, but others were dangerous and you shouldn’t try them at home. The most fun sport for me to watch was Cheese Rolling. No matter how crazy the sport, this quote from Billie Jean King, a former professional tennis player, will always apply: ‘Sport teaches you character, it teaches you to play by the rules, it teaches you to know what it feels like to win and lose – it teaches you about life!’.