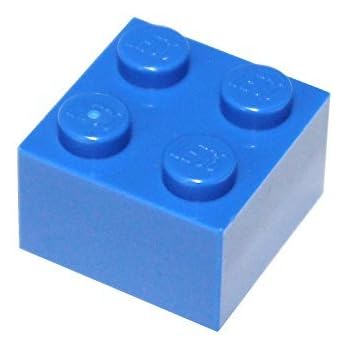 It’s a Saturday morning and you race downstairs to see the box of Legos you’ve wanted to start on for days and you finally get to build it! You rip open the box, take out the instructions, pour the Legos out of the bag and onto the floor and you start building a big Lego spaceship! As you build, you stop to wonder: What is a Lego? Who came up with the idea of making Legos? How are Legos made?

Ole Kirk was the person who came up with the idea. In 1957, his idea became real. The reason why Ole Kirk came up with the idea was because in 1932 his wife died and he was left to raise his four children alone. He started to think about making toys that his four sons would love. First, he started making wooden toys like ducks, vehicles, and cats. Then, he started making plastic toys like cars, trucks, and binding bricks. Binding bricks are an early design of what we know are Legos today. Binding blocks have slits on each of the shorter sides and Legos don’t.

If you were wondering what is a Lego, it’s a building block that has studs on the top and tubes on the bottom and can be built and arranged into anything imaginable. You can use two eight-studed bricks in twenty four ways, three eight-studed bricks 1,060 different ways, six eight-studed bricks 915,103,765 ways, and with eight eight-studed bricks there are endless combinations. There ten Lego features that define a Lego but 3 of them I think are the most important. The first, is unlimited play potential. I think this feature is important because you couldn’t play soccer all day long, but you can with Legos. The second, is year round play. I think this is an important feature because you couldn’t play soccer all year round but you can with Legos. The last feature is development, imagination, and creativity. I think the final feature is important because you’re learning how to follow instructions and when you build things on your own your using your imagination.

Did you know that today, the Lego factory makes about 4 million bricks an hour? There are 16 steps in making Legos. Legos start their life as little plastic granulates or plastic rice grains. They are melted between 446 degrees F and 590 degrees F. Then, they pour the melted plastic into molds. The bricks travel on a conveyor belt into a crate and to a truck that ships the crates to the packing, assembling, and decorating department. The assembly machines attach the arms to hands and tires to wheels and so on. Printing machines add faces to heads. The packing department send bags of elements or Legos and books into boxes. Finally the boxes get packed and are shipped to stores.

I hope you learned some interesting facts about Legos. I even have experience with Legos. I have a whole tub of Legos. I think Legos are fun to play with, are for girls and boys, and fun for every age. I think Ole Kirk wants you to get a tub of Legos so you can have some fun and build huge creations like big spaceships, cars, trucks, other vehicles, and lots more.