The History Of Basketball 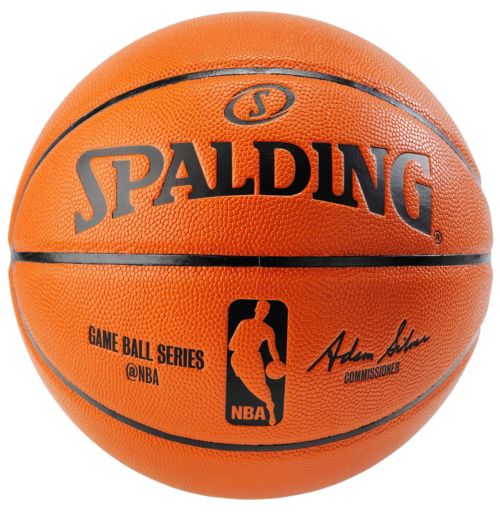 This is an official basketball.

Close your eyes and imagine leading your team to the NBA finals. Your team is tied 62-62 in the 4th quarter of the last game. There are 5 seconds on the clock. You dribble it fast down to the other side of court to not waste time. You make a few bounces and then shoot it from the 3 point line over the point guards head. You shoot and then…YOU SCORE!

Basketball has been popular for a long time and it is the 3rd most popular sport in the United States. Basketball was created in 1891 in the YMCA (Young Men’s Christian Association) in Springfield, Massachusetts by James Naismith.

There are 5 positions in basketball. The positions are: the point guard, shooting guard, small forward, power forward, and the center.

There are types of actions that the players cannot do. They are called fouls. These are different types of fouls: hanging on people, punching and slapping, shoving and knocking them over. Specifically, if you touch them, the ref will call it a foul. The travel is another one. It is when you hug the ball and running with it without dribbling it. A double dribble is when a player catches the ball then dribbles it again.

There are 30 teams in the NBA. They are divided in to the Western and Eastern conference. Each conference has 15 teams. Each team plays 82 games in the regular season. The court is divided in 2 halves.

There are awards in basketball. This year all star Kevin Durant won the 2018 NBA finals MVP (Most Valuable Player) award. James Harden won 2018 all around MVP award.

There are championships in the NBA and NCAA. In 2019, it was Virginia vs Texas Tech in the NCAA finals. Virginia won. Meanwhile in the NBA, the playoffs are going on right now. This past year Golden State Warriors won the NBA finals against the Houston Rockets. In the playoffs, there are series. Each series is 7 games long. The first team winning 4 games is the winner.

Many people argue who is the GOAT (Greatest Of All Time). Most people say Michael Jordan and I agree with that. Michael jordan has led his fearsome Chicago Bulls along with his sidekick, Scottie Pippen to six NBA finals. Clearly, they have won all six. The Chicago Bulls dominated the 1990’s.

If you read this, this will help you get to learn more about basketball, how you play it and its rules. If you get the chance, play basketball.