The Royal Family of Norway (And Its Monarchy)

Have you ever wanted to know how to live royalty? Well here is the place to be, I  will be telling you about the monarchy and the royal family of Norway! I will be talking about why it is a monarchy, the history of Norway, the names of family and what they do. So hopefully you will enjoy!

What is a monarchy?

A monarchy is different from a republic because in a monarchy the state head is born to the position, and in a republic the state head is elected by the people. The monarchy of Norway is a constitutional monarchy. This means that the royalties do not have any real power. In Norway the king has only used his right to veto only once in modern times. That happened in 1940 when Norway was invaded by the Germans. The entire royal family had to flee the country for five years, in fact today’s King of Norway lived in the U.S. during this time.

Norway has been a monarchy since 872. In 872 was the battle of Hafrsfjord and Harald Fairhair won and is considered Norway’s first king. At the time the Norwegians were known as the Vikings. One fun fact is that the Vikings took over several British Isles, parts of Ireland. They also traveled and settled in Iceland, Greenland and in the USA, way before Columbus. Between 1397 and 1814 Norway was under the Danish king, and between 1814 and 1905 Norway was under the Swedish king. In 1905 Norway gained Independence from Sweden. Norway elected king Haakon who was Prince of Denmark as their new king and that is the family that is still the Norwegian Royal Family. 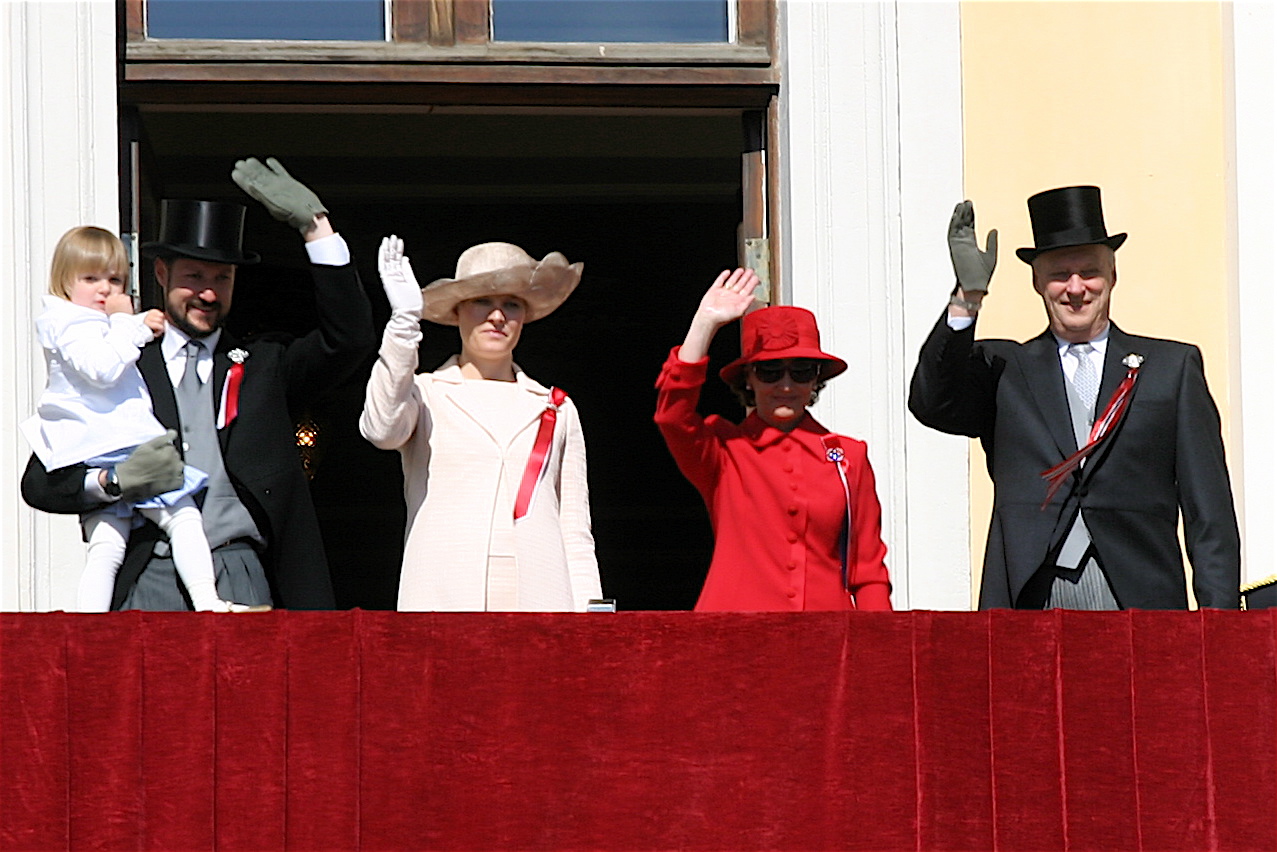 The King, Queen, and the Crown Prince and Crown Princess travel all over the world to represent Norway. They are also heads and protectors of a lot of charities. The King and Crown Prince also meet with the current state cabinet every Friday. Princess Ingrid Alexandra and Sverre Magnus goes to school like the rest of us.

Now you know more about Norway’s royal family, the history of it, and monarchy in general. This is how their life goes along in Norway for the family. You learned how the states of Denmark and Sweden took over for almost 500 years, you also learned about the current Royal family, and what they do. Thank you so much for reading my report!

Category: History, Student Posts | 2 Comments on The Royal Family of Norway (And Its Monarchy)