We need a grass field 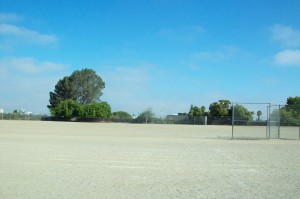 Our dirt field hurts when you fall on it.

I think it would be better to have a grass field we could play new games, have more soccer fields, and people won’t get hurt.

I would like a grass field so we can play football it will keep you from getting hurt. I asked the nurse and she said that every day 5 people come in with a scratched knee or something because of the gravel on the dirt field.

Not only football will be better we can have muiltiple soccer field’s. People fall down playing soccer and they won’t get hurt. With more fields you can play a full game and you won’t get hurt.  You only score one goal then it’s the next game.

We can also play new games like kick ball. We banned kick ball because people where getting hit with the ball then they fall and get hurt. Well in grass if you fall you usually don’t get hurt maybe they twist their wrist but that usually doesn’t hurt at all.

I hope that you think these reasons are good and that you will get a grass field instead of dirt so kids won’t get hurt.

Category: Student Posts | 4 Comments on We need a grass field