The History of Soccer Imagine having to kick a pig liver all over a field, and it hardly ever goes where you want it to. Well, that is how people in the ancient times had to play soccer.  This team sport was created on the streets and has evolved over time. The word soccer seems to have come from Britain where they termed the official name of the game “association football”.  The term was shortened to soccer and became popular in the United States to keep it separate from American football.

Some records trace all the way back 2,000 years ago to ancient China. Greece, Rome, and some parts of Central America all say they have started the sport too.  There have been many different stories of how a sport using your feet and a ball was created. It was actually England who created soccer on the streets and transitioned it to the sport we know today. The game we know today as soccer, the British used to and still do call it “Football.”  Football at one point became so violent that it was banned by the king of England for nearly 300 years.

The history of the soccer ball

The first soccer ball was in ancient times and that soccer ball was a pig’s liver. That liver never went where you wanted it to. The second ball was made out of vulcanized rubber. The next couple of balls over the years have changed from heavy leather to light leather. Those balls back then had to be checked by FIFA for the correct size and weight. They also had to be checked by FIFA so that the balls don’t fall apart in the middle of a game.  So the ball went from animal parts to the layered spherical ball it is today. Many changes happened as people got smarter and the sport gained popularity.

In 1815, soccer began to be played in colleges around the world.  Some began using the Cambridge rules and some began with rugby rules. In 1863, the Cambridge rules were chosen as the official rules.  In 1869 goal kicks were first introduced into the game. Then goalies could only waste up to 30 seconds on 1 goal kick. In 1872 the first corner kicks were taken. Five years later the Sheffield rules adopted the rule. In 1875 crossbars were finally added to the goals. In 1878 whistles were first used to control the game. In 1891 penalties were first taken. They were originally called the kick of death. In 1891 the first center referee was entered into the game. In 1902 penalty spots were first put on the field. In 1904 FIFA was first established. In 1912 goalie boxes were made so they could only use their hands in the box not where ever they would like. In 1920 the rule was made that players could not be offsides on a throw-in. In 1925 the offsides rule changed from a three-player rule to a 2 player rule. In 1938 the shape of the 18-yard box was finalized. In 1990 FIFA changed the offside rule to allow the offensive player to be onside even if he was with the second to last defender. In 1992 the last major change to soccer was made, it was that if a defender kicks the ball back to his or her goalie the goalie can’t pick it up. In 1998 referees were instructed to view violent tackles as a red card offense. In 2009 assistant referees started helping the main referee. In 2013 goal-line technology was first launched. In 2017 major league soccer first started using the goal-line technology to tell if its a goal or not.

When did soccer become an Olympic sport?

Soccer is the most famous sport in the world. This is proven by the millions of people who play, watch and influence the sport.  Soccer players who are celebrities around the world think so too because one, they get paid a lot per year and two, they just love the sport in their heart which allows them to be the world’s greatest soccer players.  It is played in just about every county in the world. Those that are not lucky enough to play it as a career still enjoy watching it just as much. It has turned into a sport that many kids love to play and nearly everyone loves to watch.

Is Football Safe for Kids?

For example, to be safer on the football field, youth leagues like Pop Warner are banning kickoffs to prevent future injuries. The reason why there are more severe injuries during kickoffs is because people come head-on to the team that is catching the football. This ban will help prevent injuries for all youth tackle football players.

The youth league coaches are teaching their players how to tackle properly, so less injuries will happen. Also, kids are not allowed to swipe people out from the legs. Now it will be a lot safer when you get tackled during football.

Also, kids are now getting the proper protective gear to play tackle football so the hits   don’t cause as many serious injuries. The helmet worn provides head protection so you won’t get a concussion if you get injured. The chest plate prevents you from breaking your rib cage or collar bone. The back plate prevents you from breaking your spine, a.k.a. your backbone. 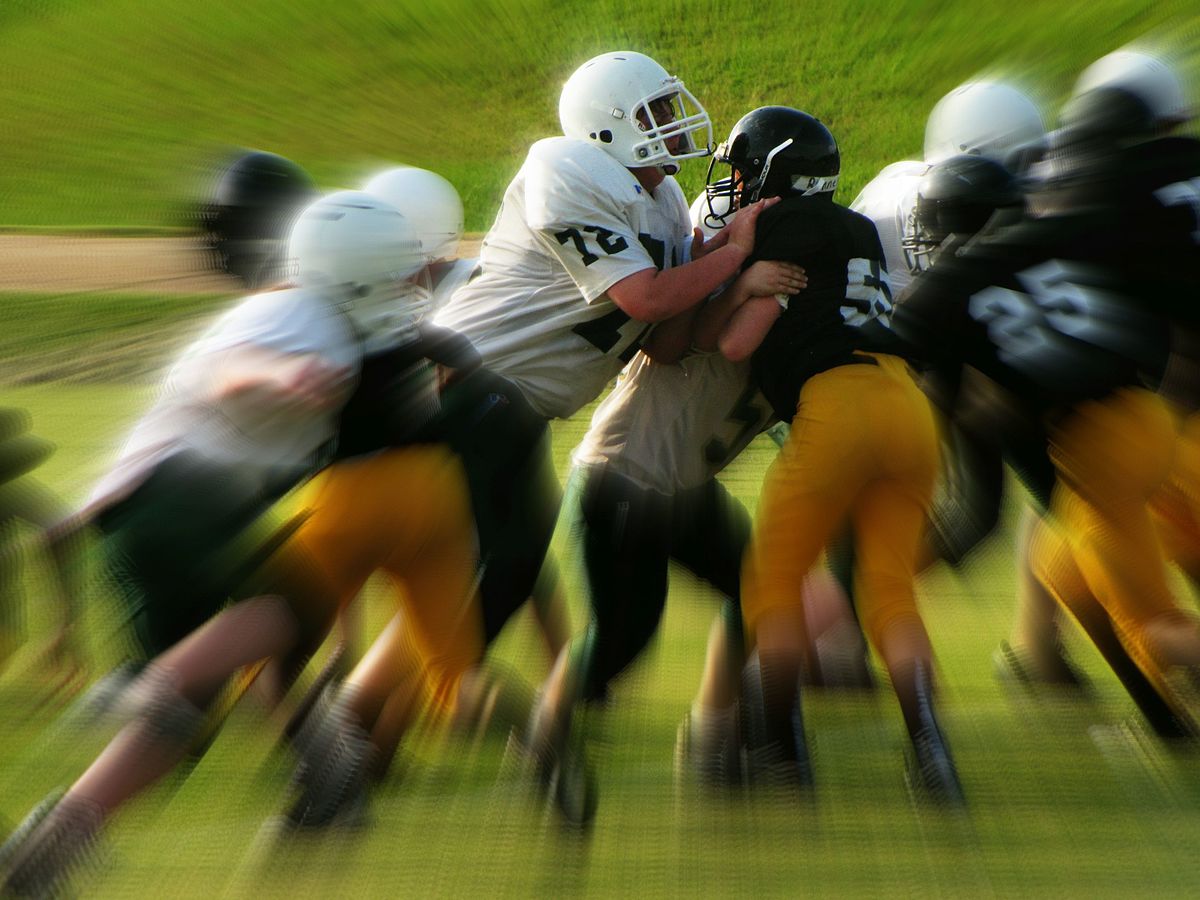 How many kids in the USA play tackle football? 1,088,158 and that’s a lot, but now people are going to take that away. Do you think tackle football for youths should be banned? A lot of people think this but I wrote this essay to convince people that tackle football is safe to play.

Imagine it, the fourth quarter, you’re down by seven and there’s five seconds left. You’re the wide receiver for your team and the ball goes to you! The opposing team comes to tackle you and you’re scared out of your mind! You’re running like crazy and then you hear the crowd chanting touchdown! Touchdown! It’s the greatest moment of your life! Youth football haters, do you want to take this moment away from kids? If you’re still not convinced here are some reasons that tackle football is safe.

Just to be safe, youth leagues like Pop Warner are taking it to the next level. My first reason is Pop warner will ban kickoffs because prevent major injuries. This will satisfy a lot of youth tackle football haters. The youth league coaches are teaching their players how to tackle properly so it makes less injuries. Now tackles will be a lot safer.“Youth football is safer now than it’s ever been” says Jon Butler, the head coach of Pop Warner.

Also,kids are getting the proper gear to play tackle football so the hits don’t hurt as much. In order to play,They are required to wear the following: Helmet, chest plate,and backplate. The helmet provides head protection so you won’t get a concussion or brain injury if you get injured. The chest plate prevents you from breaking your ribs or collar bone. The back plate prevents you from breaking your spine a.k.a backbone.

The opposing side does not favor tackle football. They want to take those awesome fumbles and tackles away. Worst of all, they want to replace this sport with the dreaded flag football. I think that flag football is basically a spin off of the sport Rugby and that spin offs aren’t very good. This is why I chose tackle over flag.

I think tackle football for youths should be allowed and I think you should to. If you follow these rules about tackle football, next time you play I assure you that you will be a whole lot safer.