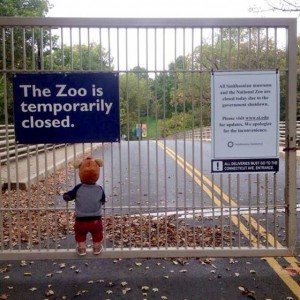 Have you been watching the news for the past few weeks? Well if you have you may of heard of the possibility of the Government ‘’shutting down.’’  Well it happened, and it’s affecting kids too.  On October 1st at 12:01 a.m., the government shut down. It’s day twelve of the government shutdown and it looks like it’s still going on. Politicians are fighting over a new government national health plan nicknamed Obama Care. Some politicians think it’s going to cost too much money and the government can’t afford it.

I think this is very idiotic that the government has shut down. When I first heard of the government shut down, I thought it was only important for the parents or grown ups to know about.

The government is closing schools, museums, and the very popular Miramar Air Show (in San Diego, California, USA). Can you believe that! The Miramar Air show is a very popular airshow. About 100,000 to 150,000 people attend the show each year. People from all around the United States come just to see this amazing show. And they are closing it because of the government shutdown.

Well, this shutdown isn’t just affecting parents this is effecting kids too. Day cares such as Head Start which is used by many single moms are closing, preschools, some elementary schools, and some middle schools are closing.

Some people are losing their jobs to take care of their children and others are being fired because they can’t come to work.  Food stamps from the government are not coming and children and parents are waiting and getting hungry.

The two parties are still fighting and the shutdown is still going on. How do you think this is going to end? Do you think the government of the United States of America is ever going to turn back on? What do you think is going to happen to America, put your answer in a comment below.