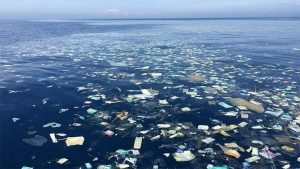 This is part of making pollution

Did you know that over one million seabirds and 100,000 sea mammals and land animals are killed by pollution every year? Can’t you believe that! We should stop polluting our environment. Pollution harms many animals and people, and kills plants.

Pollution can also affect plants and trees.The water can get polluted and if the isn’t clean they could die. The can’t make the air nice and clean if they can’t survive. They can also die and we can’t make paper and we can’t have clean fresh air

We should stop polluting and these are some ways we can help stop pollution: ride your bike more, stop using oil as much, and stop littering. now you now you know how to stop pollution. Fifty percent of all liter is cigarette butts.

How Trash Gets to the Ocean

Lots of trash ends up in the ocean. How does it get there? Well, some people through cigar butts or other trash out there car windows or while they walk down streets or alleys. The trash gets pushed over to the side of the road or to the sidewalk. Most people don’t bother to pick up and throw away trash thats not theirs, but if they don’t they’re just helping the trash get to our waterways. Then after a big rain the trash flows down the streets, caught in the rush of water, to the sewers and then to the ocean. There the trouble begins. Nine billion tons of trash ends up in the ocean every year.

Have you ever gone swimming in the ocean and seen a piece of trash floating in the water? Well you should pick it up and throw it away. Animals like fish will eat this trash and die, a dolphin mite eat the fish then the dolphin dies to.  A seal or a turtle sees a plastic bag, thinking that it is a jellyfish the seal eats it. After this the seal can drown, starve, or choke, all a slow and painful process. Any ocean creature can get sick, severely injured, or even die. Sometimes when a baby turtle swims they can swim into a plastic holder for soda and can get stuck. When there shell grows their body can become deformed.

When you throw a fishing line away, make sure that you put it in the trash. If you don’t, the fishing line can get caught on the legs, wings, and necks of animals. Do you drink liquid that comes in a glass bottle? You should put it in the trash or recycle. If the glass falls and breaks pick up the pieces because, when a coyote or a fox goes by the glass pieces it can get stuck in their paws and can hurt them. Cans are dangerous because when a mouse or other small mammal gets its head stuck in the can they can die because they can’t get there head out. Then they starve or die of thirst.

Trash is everywhere in the ocean, in the air, and on the ground. Litter is there because of humans. We through out so much trash and most of that can be recycled or made into dirt. Trash makes neighborhoods and yards ugly. If you’re having a party or a get together you don’t want trash flying around. The trash uses too much money to clean up. If we use all our money to get trash to the dumps then families will have no money to get food and other needs. The government won’t be able to pay their workers and if everyone has no money, then no one will go to the stores and they will close. About $11.5 billion is spent on the litter, just to get it cleaned up. If you don’t want to pay that much then don’t litter.

To Hard to Stop Littering

Some people say its to hard to stop littering. “There is already too much trash in and on the world. It would cost a lot and it would be to hard to clean up. The world is fine, we don’t all have to change our ways. Maybe only a couple million people need to stop. Then all of the other people can keep their routines.”

People need to stop littering. Its not that hard, its just common sense! Animals are suffering, humans are in trouble, you don’t want any of this to happen because of you. So make your mark and end the pain, stop littering.

Pick up after your dog! People should pick up after their dog’s poop.  They are inconsiderate when they just leave it on the ground. People step on it and it gets everywhere.  It gets in your shoes, your house, and even in our storm drains.  It stinks and it’s disgusting! It’s like you didn’t brush your teeth for weeks.

One time I got it on my shoes.  It got into our house and into my room. Our house really got smelly.  It attracts flies. The flies start to bother me when they multiply. Dog poop is stinky.  I have to say it’s gross.

People should pick up their dog poop because it would make our environment cleaner and our water safer to drink.  This can help reduce some of our pollution problems. If you want to help live in a healthy environment see more websites that show how you can help the earth.

Category: Student Posts | 2 Comments on Pick up after your dog! 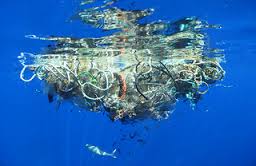 About 14 billion pounds of trash is in the ocean right now. Do you care about that? People throw cigarette butts in the water off the boardwalk and dump sewage of their boat and that’s just really gross. I’m an ocean person I go sailing and surfing and when I see a trash bag or soda can all I think is how selfish whoever did that is. Ocean pollution kills animals, and spoils the beauty of our ocean.

When it rains the rain washes it in the rain gutter then it all goes to the ocean then the ocean current pulls it into the middle of the ocean. In the ocean there are all these floating islands of trash from all the currents in the sea. Out of all of them they weigh up to 14 billion pounds. About 70% of that is from people littering on the street.

If we stop polluting the ocean we won’t kill animals and it wouldn’t ruin the fun for others.  All of this comes from us and we need to put a stop to it or the ocean will soon be a giant bowl of water full of junk. I know that if we work together that won’t happen. So if you through your trash in trash cans and dispose of boat waist in the right spot you and others would be much more happy.

I Love A Clean San Diego

Week 6’s blogging challenge is about work and so I decided to write about volunteer work at an organization in San Diego that wants to keep San Diego clean. I Love a Clean San Diego, “…leads and educates our community to actively conserve and enhance the environment.” They teach people about waste reduction and to not waste water, recycling, proper disposal of household hazardous waste, and storm water pollution prevention. Two people, Bob and Jan Rogers, saw a reason for beach clean up, and awareness about limited water supply in San Diego. Now they provide beach clean up and bay clean up. Bob and Jan say “It’s a great learning experience for kids.”