Did you know that the new Common Core State Standards (CCSS) will cost Washington state about $300,000,000 of taxpayer money itself?  Common Core is a school standard nationwide that was imposed on us and almost all schools had to go with. Most people don’t like it. It should be repealed nationwide. CCSS is one of the biggest changes in education. It brings grades down, teaches nonessential material, wastes money, and provides insufficient training and resources for teachers.

CCSS uses money to bribe schools to use CCSS.Washington state of Superintendent of public instruction estimated that CCSS will cost the state itself $300,000,000 of taxpayer money but that’s a waste,  although instead why not focus on important things wrong with America such as the homeless, curing cancer, hunger, or even child obesity.

CCSS makes math different and harder to understand. Sandra Stotsky a professor at the University of Arkansas who served the committee to validate that CCSS said the “Standard dumb American education down by 2 grades worth to comply with CCSS.” That’s like if you were in 5th grade and your school or state didn’t fit the CCSS you would  maybe do 3rd grade learning as a 5th grade student but a bit more advanced.

CCSS teaches material that lack essential info or don’t make sense at all,. Only 33% of California 4th graders were proficient according to the scores on the 2013 national assessment of educational progress. That ‘s less than the results before CCSS. CCSS drains your friendship with education and makes you friends with confusion 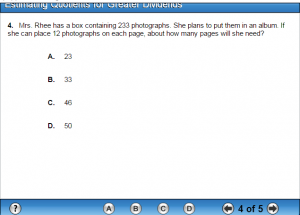 CCSS reduces the money states pay for test development, scoring,and  reporting, but is it really worth it when we get bad grades due to CCSS. If we get bad grades then we probably won’t get to a good college and if we don’t even get to college , how will we earn money back? CCSS might finally become Common Corpse because states are dropping out such as New York, South Carolina, North Carolina, Indiana, Missouri,etc.It brings grades down, teaches nonessential material, wastes money, and provides insufficient training for teachers .Support the standards before not the Rotten Core.